Both Cisco ACI and VMware NSX are versatile networking technologies. So versatile, in fact, that there's been some debate as to which system is better for enterprise use. As with most enterprise utilities, there's no universal solution that's going to be preferred in every use case. Both ACI and NSX are robust solutions with excellent feature sets and great customer support.

That being said, they do diverge in their functionality, and there are situations in which some organizations may benefit from one over the other. Let's take a look at ACI vs NSX and their core differences.

What is Cisco ACI?

Cisco ACI works with hardware to create the fabric of the network, including switches, routers, firewalls, and load balancers. The Cisco Application Policy Infrastructure Controller (APIC) operates as the controller for the solution, making it easier to monitor the performance of the network and improve the provisioning. Cisco's ACI connects both physical and virtual networks into a single, consolidated network to allow for the management of both on the same layer. It can also be used to manage solely physical or solely virtual networks.

Of course, an advantage to the Cisco ACI package is that it comes from a large, established brand like Cisco — which isn't something to ignore. Not only does that mean that it can be well-integrated into Cisco's other offerings (both hardware and software), but it also means that the Cisco ACI package is provided support through one of the most stable and reliable technology companies. Those who are already working within a Cisco ecosystem may see more benefits by using the Cisco ACI.

What is VMware NSX?

VMware NSX is a virtual cloud network virtualization system, packed with security features, automation, and multi-cloud support. VMware NSX boasts considerably lower capital and operating expenses; according to VMware, companies can save up to 35 percent of their costs by consolidating their network and security functions. But this doesn't necessarily mean it will be less expensive than Cisco ACI.

Many of these features are also provided by Cisco ACI. But the core difference between Cisco ACI and VMware NSX is that VMware NSX does focus more on virtualized networks rather than physical networks.

And, of course, these aren't the only solutions out there. Some other solutions include Huawei CloudEngine, Lenovo SAN, and H3C. But Cisco ACI and VMware NSX are complete solutions that provide most data centers everything they need to manage their networking and security.

When it comes to ACI vs NSX, they're actually very similar products; this is why there have been so many comparisons made between the two. The central difference is that VMware NSX focuses solely on virtualized networks, whereas Cisco ACI can connect physical networks as well. Cisco is, consequently, better for solutions that have to integrate physical hardware. 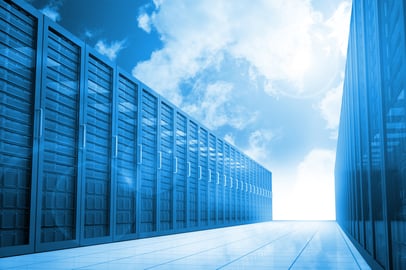 Another consideration, however, is that it's not necessarily a case of NSX vs. Cisco ACI. It's quite possible to run both solutions, if it's discovered that there are utilities in one solution but not the other that a business needs. Cisco ACI and VMware NSX can be configured to operate together.

Cost may also be another consideration. Both NSX and Cisco ACI can save organizations a significant amount of money over less robust, consolidated solutions. But the operating expenses and acquisition of these services will differ. There is no set price for these solutions; it depends on how the organization's current and future infrastructure will be designed.

For many organizations, Cisco ACI will end up being the most appropriate and robust solution. This is because Cisco ACI can handle physical networks. But those with purely virtualized networks may also wonder whether they should go with Cisco ACI or VMware NSX. This ultimately comes down to the features and utilities they need and the costs of adoption to the end product.

Is your organization trying to choose between Cisco and VMware? It's not an easy choice. The industry has been split for over a year regarding which product is "superior." Depending on your organization and its applications, you may need one or the other — or you could even need both.

R2 can help. Data centers are understandably experts in their own technology, but R2 Unified Technologies is an expert in the capabilities and features of Cisco ACI and VMware NSX. If you're trying to compare these solutions, connect with us today. We can find the answers right for you.