If you're thinking about switching to VMware, or are currently using it, you might be wondering about the differences between VMware NSX editions. There are two current versions: VMware NSX-V and VMware NSX-T. You may also wonder whether you can continue using the older version, VMware NSX-V, or whether you might need to consider upgrading to the newer NSX-T.

Primarily, the differences between the NSX-T and NSX-V editions have to do with core dependencies. If you're thinking about adopting VMware, you should go with the most recent version — NSX-T. Migration may not be necessary immediately, but it will be eventually.

Here's what you need to know about your VMware installation, as well as a thorough VMware NSX comparison.

The Differences Between NSX V and NSX T

NSX-V is the original version of VMware NSX. VMware NSX was initially designed around VMware vSphere and consequently has some substantial dependencies on the VMware vSphere ecosystem. These dependencies ultimately held the system back and made the process of deployment and management more difficult.

NSX-T is the newest version of VMware NSX. NSX-T is unlocked from the VMware vSphere; it's not dependent on the VMware vSphere ecosystem to operate. Otherwise, the products are very similar. A transition from one product to another won't require significant modifications, adjustment, or training. An MSP can provide the necessary support.

Like VMware NSX-V, VMware NSX-T is used for public clouds, multi-cloud environments, and cloud-native applications. It can be used for anything that NSX-V can; it's a direct evolution of the system. There's little reason for an organization to continue using NSX-V over NSX-T, although some may want to delay a migration through fears of disruption.

While there are two VMware NSX editions, there's really only one that matters. When it comes to NSX T vs NSX V, NSX T is the more modern and flexible solution. The older version has already been discontinued and will soon lack support.

Do You Need to Migrate from NSX-V to NSX-T?

NSX-V should provide the features that most organizations already need to manage their virtual networks. So, why would a company need to migrate to NSX-T? It has to do with continued support and the future of the software system.

Back in 2018, VMware announced that they would be officially ending support for VMware NSX-V. On January 16, 2022, NSX-V will end its support life. On January 16, 2023, NSX-V will no longer have technical guidance provided for it. This means that companies really don't have a choice of migrating between NSX-V to NSX-T. They don't need to do so right away, but they are going to have to do so eventually. 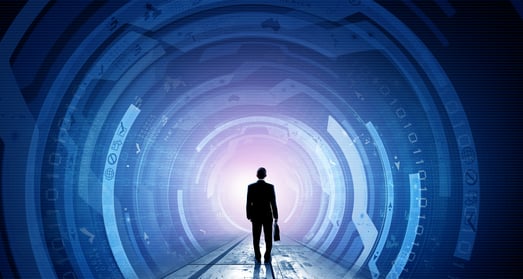 End of support is significant. Following 2022, NSX-V won't have support or patches and bug fixes, which could ultimately lead to significant security issues. There won't be any upgrades or improvements. Troubleshooting won't be available if any issues do occur. And integration with newer solutions will wane. Companies do have some time to migrate from NSX-V to NSX-T, but that time is quickly disappearing.

Any companies that are looking into installing new deployments should also avoid the NSX-V version for exactly this reason. Even if NSX-V suits the organization's needs temporarily, it won't be able to continue to do so after 2022.

Performing an NSX-V to T Migration

Many organizations that are currently running VMware NSX-V are interested in upgrading to VMware NSX-T. There are two methods of migration: in-parallel and in-place. Because the versions of NSX are so similar, there shouldn't be any substantial disruption or need for significant re-training.

During in-parallel migration, the organization will deploy an NSX-T installation alongside the existing NSX-V installation. This prevents disruption. Within a parallel migration, the organization can choose to shift new workloads to NSX-T over time (by deploying new workloads to NSX-T and eventually deprecating NSX-V), or the organization can shift all the workloads at once. The downside of this type of migration is that it can take some time to complete the migration. Further, it can be somewhat confusing while the process is on-going, and it does require that both platforms be run in tandem.

During in-place migration, the organization instead uses the NSX-T Data Center's migration coordinator tool. The migration coordinator tool essentially just replaces the NSX-V installation with an installation of NSX-T. The tool allows the administrator to walk through a step-by-step migration workflow. Anyone should be able to complete the in-place migration with few issues, though they may want to engage with an MSP – an MSP can help build contingencies in the event that issues do occur.

Before migrating the system, the administrator will need to install NSX-T and NSX-T Edges. They will then need to provide a TEP Pool, create a Compute Manager, and ensure that the NSX-V version they have is stable with no pending updates. Once they have prepared the environment, the migration solution will handle everything for them.

VMware NSX is a popular and powerful software-defined networking solution. With superb capabilities in the areas of micro-segmentation, multi-cloud networking, network automation, and cloud-native applications, VMware NSX is one of the best solutions for network and security management. Whether your organization is running NSX-V or NSX-T, you should be able to save a significant amount in operating and capital expenditures. But migration is going to be a serious upcoming need for those who are still using NSX-V.

Are you interested in learning more about VMware technology? Do you need to perform an NSX migration? While you may be the data center expert, we're the experts in the technology that modern enterprises need to thrive. We believe that innovation doesn't happen by accident. Contact us today at R2 Unified Technologies to find out more.